What is the Rhodope national costume? 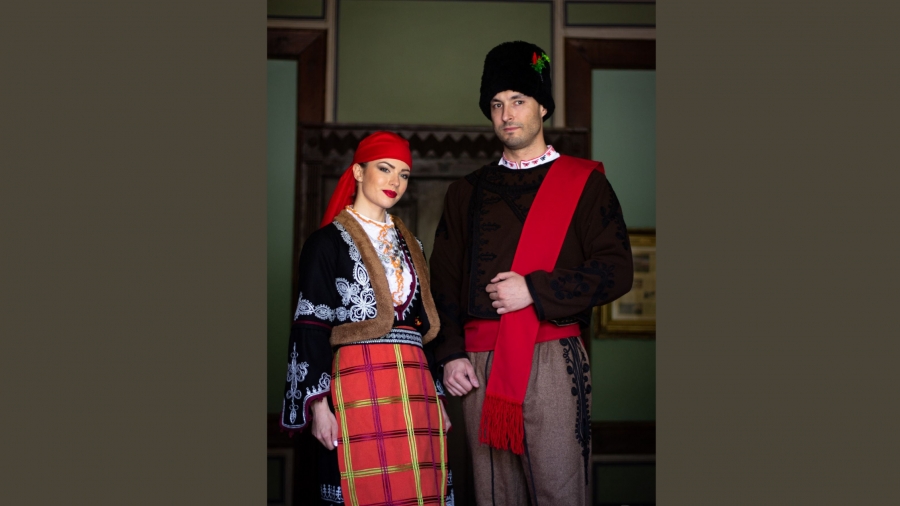 In our blog, we have repeatedly told you about the origin of Bulgarian folk costumes and about the great wealth of varieties that the various ethnographic areas of the country can boast of. As you probably already know, the small territory of our country has accommodated as many as 6 folklore regions. These are the Thracian, Pirin, Rhodope, Severnyashka, Dobrudja and Shop regions - each of which is different from the others, and together they form the richness and beauty of Bulgarian folk art.

Traditional national clothing to this day has preserved valuable information about the lifestyle, traditions and life of our ancestors and has helped ethnographers to study them more thoroughly and us to get to know them better.

In this article, we will pay attention to one of these areas, namely the Rhodope folklore area, and tell you interesting details of the Rhodope folk costume. If you are curious to know more, keep reading:

The Rhodope ethnographic region has gathered in itself the power, mysticism and beauty of the mountain whose name it bears. The borders of this folklore area completely coincide with the geographical territory of the Rhodope Mountains. To the west, the Rhodope folklore region borders the Pirin region, and to the east it borders the Thracian folklore region.

An interesting fact is that in the past ethnographers counted the Rhodope region as part of Thrace because of their close proximity. However, studies of life, culture, songs, dances and folk dress show significant differences, and ultimately ethnographic science decided to separate the Rhodopes as an independent folklore area.

Sayana costume - the traditional clothing of the Rhodope woman

As for traditional folk clothing, there are also many interesting facts here. It is important to note that for our ancestors, the making of clothing was considered a ritual and was done only on strictly specified days. It was believed to have the power to protect a person from evil forces and curses, so special symbols of protection were woven into it.

The typical female folk costume that Rhodope women wore is the so-called sayana costume. This species is also widespread in the southern and southwestern parts of the Bulgarian lands. The name of the costume comes from the name of the main part in it, namely the "saya", which is a permanent outer garment. Usually the saiya is monochromatic, it can be black, red, and in some parts dark green or blue. The length of the saiya as well as the length of the sleeves varies depending on the season for which the women's costume is intended. The saiya is paired with a long tunic-like shirt made of cottonk.

As you probably know, Bulgarian men's costumes are traditionally divided into two main types - black and white. In the Rhodope ethnographic region, men wear a black dress, which mainly consists of a waistcoat and a dark colored poturi, as its name suggests. The waistcoat is usually richly decorated, and underneath is worn a white tunic-like shirt made of cotton and also decorated with embroidery. The costume is complemented by a hood, which is called a "gugla" and is made of sheepskin.

This is how the folk clothing that our ancestors from the Rhodope region looked in general. Today we still have the opportunity to touch the magic of the Rhodope costume by choosing making Rhodope folk costumes by Penn Silhouette!