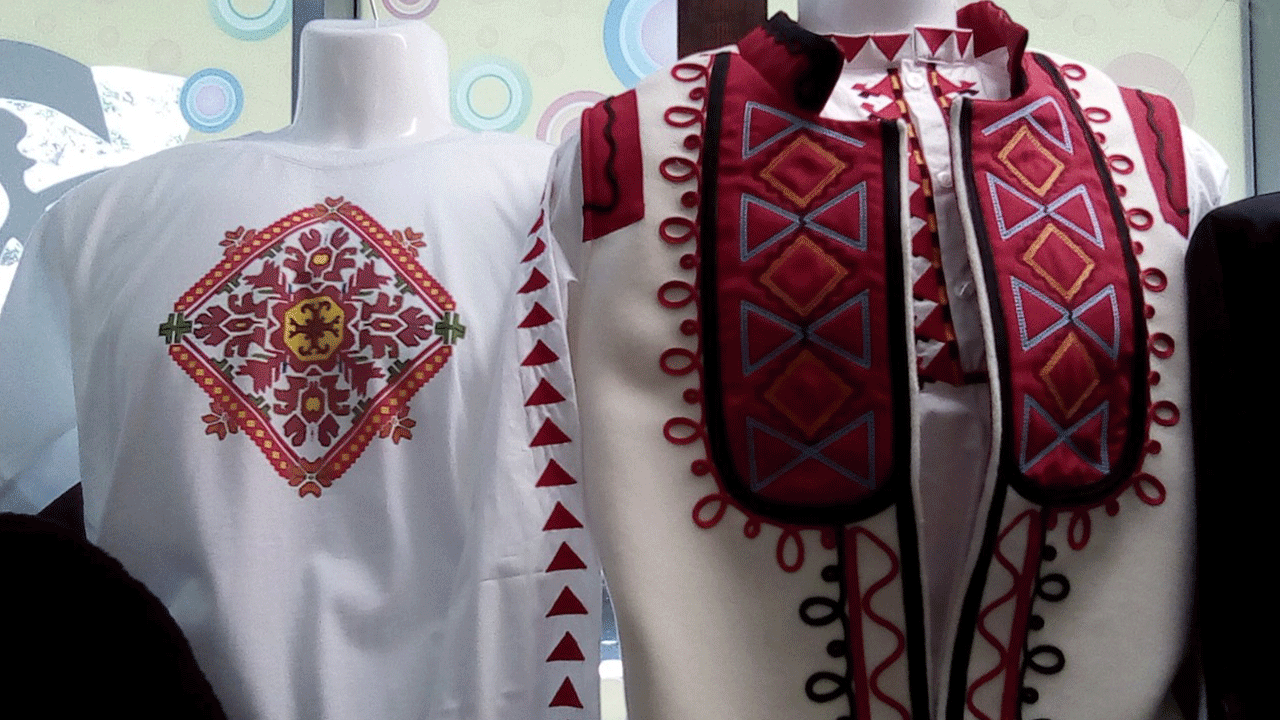 The national Bulgarian costume is one of the most characteristic elements of Bulgarian folk culture. These are traditional clothes that have a special meaning both in everyday life and in the festive life of a Bulgarian. Each region of Bulgaria has its own costume with unique characteristic motifs.

A certain code is woven into the decoration of the Bulgarian costume - according to it, in the past, Bulgarians received information about the gender of those wearing the clothes and the region of the country in which they lived. Each costume contained its own message.

The Bulgarian costume consists of many elements and motifs that are rooted in pagan beliefs and legends. So, no one wore clothes with completely symmetrical decorations, because the Bulgarians believed that complete symmetry was a devilish creation. Therefore, elements are often added and removed.

Different types of Bulgarian folk costumes for women are distinguished by style. These characteristics vary in different geographical areas and depend on specific historical circumstances.

The main elements of one type of clothing are: a shirt, two aprons attached to the waist (one in front, the other in the back) and a belt. Beautiful embroidery adorns much of the sleeves, front and back of the shirt.

Two aprons are made from home decorative fabric: the back part is pleated and gathered, the front consists of one or two parts with horizontal or vertical embroidery. The rear apron exists in several variants (woolen, kurlianka, curtain and others) characteristic of certain geographical areas. The belt is a long piece of cloth wrapped several times around the waist.

Initially, this ancient Bulgarian folk costume was spread all over the Bulgarian lands, but in later times it was preserved mainly in the area of ​​the Danube plain.

The sukman was the most common type of women's folk clothing. Its many regional varieties share some common characteristics: the type of fabric, the tunic-like cut, and the neckline. The sukman is most often a sleeveless dress, but in some places it has short or long sleeves.

The decoration of this Bulgarian folk costume is concentrated on the skirt, neckline and sleeves. It consists of multi-colored embroidery, decorative fabric and appliqués of braids, varying in size and style.

The main three varieties of the cloth costume are:

The sukman is worn with a belt that fastens in the front with snaps.

The saya, as part of the Bulgarian folk costume, includes as its main component a shirt-tunic, which is always worn as an outer garment. The length of the skirt is different (it can be up to the knee or ankle), the sleeves are short or long. The fabric for the dress is in different colors. Monochromatic white, black, blue dresses made of cotton or woolen fabrics predominate.

Costumes with one apron

This type of Bulgarian folk costume is characteristic of some regions of the Danube plain and the Rhodopes. Consists of fewer elements: